BetMGM: The King of Sportsbooks

Leading US sports betting operator, BetMGM, have signed Wayne Gretzky as the new BetMGM brand ambassador in a multi-year deal. The company was created by a partnership between MGM Resorts and Entain (formerly GVC Holdings) and has been one of the fastest-growing betting sites in the US.

“The Great One” will add to BetMGM’s marketing efforts as it continues to thrive since the repeal of PASPA in 2018.

BetMGM’s Chief Revenue Officer Matt Prevost said, “Wayne is an exceptional talent who transcends the sports world and we’re proud to welcome him to the BetMGM team. As we look toward potential expansion into Canada, and elsewhere throughout the United States, Wayne will bring a unique ability to tell our brand story.”

Gretzky is known as the GOAT. He recorded 2,857 career points in the NHL, which still stands as the record. He also holds the record for most goals in a season and most professional career goals.

“BetMGM is a terrific company and one at the forefront of the dynamic changes taking place in the sports business,” said Gretzky. “I’m excited to be a part of the company’s continued expansion into new states and territories and to help tell BetMGM’s story.”

Not only will Gretzky be a big part of the US market, but BetMGM has hopes to expand into Canada in the near future. The NHL doesn’t receive the amount of wagers as the three other major US professional sports (NBA, MLB, and NFL), but that doesn’t mean that it’s a small figure.

The North American market for hockey betting will drastically change for BetMGM if it enters Canada. In addition, there are some other northern states, such as Wisconsin and Minnesota, that have yet to legalize sports betting.

All of his Stanley Cups were won during his time with the Edmonton Oilers. He retired in 1999 but has still been relevant in the hockey world.

He has been the executive director of the US men’s Canadian hockey team for the 2002 and 2006 Winter Olympics. Gretzky also played a key role in Vancouver receiving the bid to host the 2010 Winter Olympics.

One of his most notable accomplishments is the creation of the Wayne Gretzky Foundation. He is active in the goals of allowing less fortunate kids to experience hockey and have better lives on and off the ice.

Gretzky has found himself in the news on several occasions as of late. He recently resigned as vice chairman of the Edmonton Oilers, which he has had since 2016.

Gretzky has also signed a multi-year deal with Turner Sports to broadcast key NHL games. He is expected to appear on opening week, the Winter Classic, and the NHL Playoffs on TNT. This move will definitely play a critical role with his new deal with BetMGM, even if he can’t mention it during the broadcasts.

Not to mention, the 60-year-old has managed to break yet another record. A Gem Mint 10 rated 1979 O-Pee-Chee Gretzky rookie card just sold for $3.75 million, which makes it the most expensive hockey card.

More and More Betting Ambassadors in the US

The news of sports betting sites signing famous actors or athletes is not new. Since 2018, major operators have been adding personalities to go along with the technology and features that are provided.

It’s been a neat marketing technique that has been fun to follow. In fact, Gretzky will be joining Jamie Foxx, a GRAMMY award-winning actor that has been the face of the brand and headlined its biggest advertising campaign to date.

Other sports figures and celebrities that have deals with gambling companies include Michael Jordan, Allen Iverson, Charles Barkley, Pat McAfee, and more. 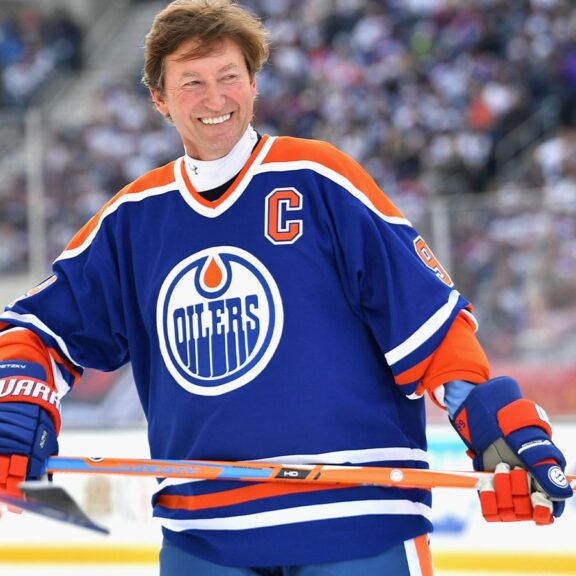 Companies in the US have found out how important it is to have important marketing figures and notable celebrities. Just look at the deals that new athletes are receiving from brands like Nike, Adidas, and Puma.

The same goes for online betting operators. With the presence of social media, BetMGM will have the opportunity to market to hockey fans across North America with the greatest hockey player to ever live.

Since 2018, the sports betting landscape continues to grow in the US. So, what are some things that the leading operators are doing to set themselves apart? Brand ambassadors.

It comes as no shock that the top betting sites are the ones making the moves to add sports celebrities to endorse products.

In July of 2018, MGM Resorts and Entain Holdings signed a deal that created BetMGM. It has a sportsbook, online casino, and poker platform.

It is now available in Colorado, Indiana, Iowa, Michigan, Nevada, New Jersey, Pennsylvania, Tennessee, Virginia, Washington D.C., and West Virginia. However, not every state offers each platform. Still, there aren’t many other operators that are this widespread.

The headquarters of the company is located in Jersey City, which has become a hub of US sports betting and gambling companies.

One of BetMGM’s goals is to promote responsible gambling, especially with the growth of online gambling sites in the US. It allows customers to set budget and time limits on their account.

BetMGM has also connected its infamous rewards program, M Life Rewards, to its online platforms. Customers can connect their accounts to receive online bonuses and discounts for MGM Resort properties across the country.

BetMGM is expected to continue to take an aggressive approach as more states legalize sports betting. 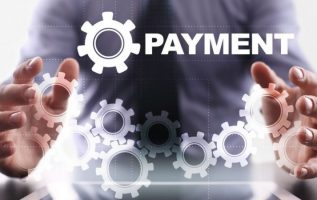