Tennessee sportsbooks saw sports betting volume decline to its lowest level since the first month of legalized wagering in the state during May with a modest month-on-month drop in wagering from April.

The drop is no surprise, according to PlayTenn analysts, and is in line with a nationwide trend of declining revenue over the last two months due to the traditional offseason for sports betting.

Jessica Welman, analyst for the PlayUSA.com network, which includes PlayTenn.com, noted: “There is no avoiding a summer slowdown, especially in states like Tennessee where football has an outsized importance to sportsbooks.

“For the most part, though, sportsbooks in the state have been innovative enough in keeping bettors engaged with the NBA, hockey, baseball, and other sports, to blunt the dips.”

In April, Tennessee’s handle dropped 13.6% from March, outperforming all but New Jersey among the 10 largest markets.

“Playoff appearances by the Memphis Grizzlies and Nashville Predators undoubtedly helped in May,” said Nicole Russo, analyst for PlayTenn.com. “But with early exits for both franchises, sportsbooks will have to look outside the state to generate interest until football season begins, other than NASCAR’s Ally 400. The Olympics later this summer could help give sportsbooks a boost.”

Tennessee’s sportsbooks have been trying to capitalize on the Tennessee Titans’ acquisition of star receiver Julio Jones, which sparked interest in futures betting. Meanwhile, the race for market supremacy has only heated up, with BetMGM and FanDuel going head-to-head to top the market.

In May, FanDuel topped the market with $56.9m in wagers, producing $6.5m in gross gaming revenue. BetMGM, which has topped the market in lifetime handle since launching in November, was second in May with $56.8m in bets, yielding $5.1m in GGR. DraftKings was third with a $39.6m handle and $3m in revenue.

“FanDuel, DraftKings, and BetMGM are the three largest online sportsbook operators in the country, so it isn’t a surprise to see the three of them jockeying for position in Tennessee,” Russo said. “Open markets that are hotly contested among the top operators have universally been the rising tide that floats all boats.” 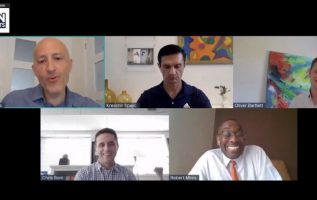 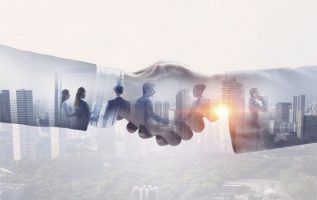