SportsHandle and friends deliver another round-up of the week’s big developments in US sports betting.

As the deadline approached Thursday evening for the New York Gaming Commission to release its closely watched Request for Applications on mobile sports betting, one industry source with knowledge of the situation told Sports Handle that the release of the RFA could be delayed by as much as two weeks. A second source confirmed the strong likelihood of a delay, but did not speculate on the length of the postponement.

July 1 is the state-mandated deadline for the NYGC to release its RFA, which would start the application process for sports betting operators.

Virginia became the 11th state in the post-PASPA era to clear $1 billion in sports betting handle Thursday, with the Virginia Lottery reporting nearly $227 million in wagers were accepted by the commonwealth’s seven mobile operators in May.

While May’s handle was 4% lower than April’s total of more than $236.4 million, it was enough to push Virginia over the $1 billion mark. At four months and 11 days of legal wagering since accepting its first wagers in late January, Virginia also became the fastest new sports betting market to reach the benchmark, erasing Tennessee‘s short-lived record of six months established in April.

As the calendar turns from June to July, and as America largely turns the page on a pandemic that temporarily shut down sports and closed casinos — to say nothing of its more devastating impacts — Sports Handle celebrates six months of a gradual return to normalcy with some mid-year awards for the sports gambling world.

This is a look back at the best, the worst, and the weirdest of what has thus far been a record-smashing sports betting year.

Consider: During the legislative process back in 2019, the fiscal analysis allowed for $300 million in adjusted gross receipts (AGR) over a six-month period. That was the high end, with $200 million on the low end. It was based on New Jersey’s 2018 launch number of approximately $300 million in AGR, but the report cautioned that while Michigan has a million more adult residents than New Jersey, its per capita personal income is about 40% lower. Furthermore, the report stated a fully mature market would be somewhere between $400 and $600 million a year in AGR.

Well … Michigan gamblers have a thing or two to say about that analysis.

Back in 1984, a rapidly expanding chain by the name of Domino’s Pizza began promising that if it couldn’t deliver your pizza within 30 minutes of when you placed your order, then the pie was on the house. Now, thanks to a new partnership with DraftKings, Domino’s is again putting its money where its mouth is — but with customers behind the wheel this time.

Ohio lawmakers on Tuesday continued to keep sports betting in the news even though there is nothing new … unless you count yet another promise to make it a priority.

A day before the self-imposed June 30 deadline to legalize sports betting made by Sen. Kirk Schuring earlier this year, the Cincinnati Enquirer reported that both Schuring and House Speaker Bob Cupp are aiming to sort out the details on a sports betting bill and get it passed when the state legislature returns from its summer break in September. The Senate passed a sports betting bill on June 16, but nine days later, Cupp put it on hold, and the House never took up the issue.

And Tuesday, he promised to, well, keep talking about it.

In Its 25th Year, The WNBA Gains More Popularity Among Bettors At Sportsbooks

It’s hard to imagine now, but the NBA in the late 1970s was a mostly ignored sport. Sure, there were a handful of superstars and storylines, but generally speaking, the NBA didn’t move the needle. So much so, most of the time, the NBA championship games were shown on tape delay — at 11:30 at night.

Then came Larry and Magic and Michael, and before you knew it, the NBA started to become what it is today, which is the third most popular sport in the nation, and one that is certainly nipping at the heels — if it hasn’t passed it already — of Major League Baseball. 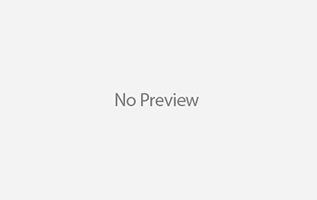 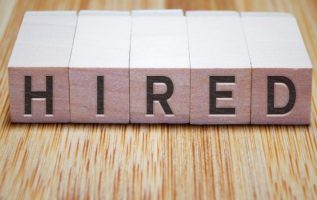