As part of the ‘How can providers better promote and provide problem gambling services to Asian-American community members’ series, Dr Debi LaPlante (Director of the Division on Addiction and Assistant Professor of Psychiatry at Harvard Medical School) interviewed Dr Wooksoo Kim (Associate Professor in the School of Social Work at the University of Buffalo and Co-Founder and Director of the School’s Immigrant and Refugee Research Institute) about Korean immigrant experiences with gambling.

Kim details the finding of her recent qualitative study which analysed the ways in which older Korean immigrants from New York City view gambling.

Discussing the first theme, Kim found a number of the interviewees consistently expressed strong feelings against gambling, noting that culture had a ‘strong influence’ on attitudes and behaviours towards betting.

Kim believes this view may be in part due to a vast majority of interviewees having traveled over to the United States when it was still illegal to gamble in South Korea.

She stated: “In recent surveys of Koreans living in South Korea, about three-quarters of them indicated that they disapproved of gambling.

“Many participants believed that gambling was unethical because it doesn’t involve ‘hard work’ playing to win money; the idea was unacceptable. Whether they enjoyed gambling or not they were very clear that they shouldn’t gamble.”

The study revealed that many of the interviewees highlighted the addictive nature of gambling, believing that after visiting a casino once or twice they could develop an interest in gambling that can start fun and a person can get themselves in ‘deeper quickly’.

“A common attitude, the study remained, is that if you end up addicted then you ‘lose everything’: ‘you lose money, family, friends and even yourself’,”, Kim stated: “They have a belief that gambling addiction would alter their personality.”

She added: “It looks like they fear that eventually gambling would lead to the worst outcome of life”

A contrasting opinion about gambling amongst interviewees was ambivalence, with some viewing it in a positive light with the primary goals of some participants being to just have fun.

“Many of them suggested that their gambling is different from others because their primary motivation is to have fun, not to win money,” explained Kim.

The study also found that older Korean immigrants found the state lottery attractive, viewing it as a ‘good thing’ for its support of education, whilst allowing them to take a chance at winning a jackpot worth a ‘few bucks’.

Kim noted: “They are aware of the fact that the probability of winning the lottery is very slim, if not impossible. However they used a ‘who knows’ approach to justify their spending at the lottery. Some of them really enjoy the fun time they have while waiting for the outcome of the lottery.”

Many of the interviewees, however, tried to hide their gambling from their family. Kim found that some interviewees displayed signs of problem gambling, using it as a coping mechanism for emotional distress or spending more money than they could afford with a dream of hitting a jackpot.

Moreover, she compared the study of older Korean-Americans to a previous report she conducted with Chinese immigrants, looking at how culture can influence views of gambling, which were found to be quite contrasting.

By comparing the data collected she discovered that the studies showed cultural differences between the two groups. 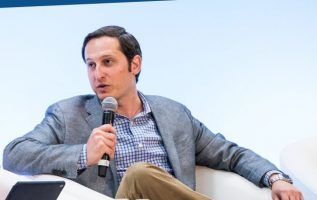 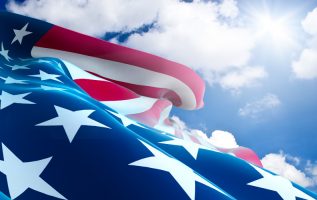