The market potential for igaming in the US was the subject of debate at this week’s SBC Casino Beats Summit in Malta. A panel of industry experts, gathered to speak as part of a packed agenda sponsored by Scientific Games, was tasked with answering the burning question: is the US primed for a new gold rush?

James Myles, Analyst at Eta Delta and moderator for the Microgame-sponsored session, put the question to Adam Noble, Co-Founder and Chief Business Development Officer at Playstar Casino. “I’m not sure whether it’s primed for the next gold rush or whether we’re right in the middle of it,” he responded.

“You mentioned New Jersey, Pennsylvania, Michigan – the two latter markets have been live for a relatively short time in the online casino world and are two of the largest, or soon to be largest markets, globally. So it’s just a couple of states that we are talking about. By the time you add another 10, 15, 20 states to that equation, absolutely that will be a gold rush.”

On the potential for new incumbents, he added: “From budding operators, suppliers and affiliates and so forth that are looking to get across and take advantage of that gold rush there’s opportunity under every stone that you lift. From our perspective as an operator we see huge potential to come into that market.

“There are several big brands that are establishing positions in that market at the moment, but we believe that there’s opportunity to come in and still find plenty of gold between those cracks. The answer to the question is a resounding yes.”

Fintan Costello, Managing Director of BonusFinder.com was equally bullish about the prospects for a burgeoning US igaming sector. He noted: “The short answer is yes – it’s automatic growth as more and more states pass igaming laws. A tiny fraction of the US population has access to legal online casino. It’s just natural organic growth.”

He added: “I think where the stumbling blocks could be is things around how many licenses are going to be issued in a particular state, what kind of restrictions are going to be put in place, what tax rates. It’s not a given.

“If you take the difference between West Virginia versus New Jersey in terms of how many licenses are being issued for example, or Pennsylvania tax rates. But even with the tax rates – that had a lot of negative press – when you start looking at the numbers that are coming out of Pennsylvania it’s probably not as bad as people think. But I think ultimately over the long run, if we look at the next decade, absolutely.”

Benjamin Truman, Co-founder and CEO of Media Troopers, adopted a more cautionary tone, suggesting that the US is at a very early stage in the development of igaming.

“It’s going to take a while,” he said. “The states are looking at it. Every single state sees what’s going on in New Jersey and Pennsylvania. Even a state like West Virginia with about only one million people has pretty strong numbers. It’s going to take a while though. Wherever it’s ‘land first’ it will follow into online, and the US is very much ‘2000 UK’, it’s very young – it’s still long term to grow.

“It will take a while for this market to mature and people like Adam have a great chance. Anybody who is small coming in with a good product will succeed in the US and that’s what we see now.”

When pushed on who will make money from igaming, Truman answered: “The people making money right now are the people that aren’t necessarily throwing money at the TV. You have your FanDuels and DraftKings which obviously led the way in New Jersey with market access very quickly. It’s the guys that are doing this very slow, very methodically – your Golden Nuggets. It’ll take a while. The US, remember, is a seven trillion (dollar) black market. It’s just slowly going white.”

The CasinoBeats Summit 2021 conference and exhibition, concluding today, takes place in an innovative integrated live and digital format. A select audience of senior executives will attend in person at the InterContinental in St Julian’s, Malta, while a global audience of industry professionals will participate in the event online.

The conference agenda focuses on the next generation of slots and products, key established and emerging markets around the world, leadership in igaming, and marketing and affiliation. The programme also includes the inaugural Game Developer Awards ceremony.

Register for a free online pass for the event at the CasinoBeats Summit website. 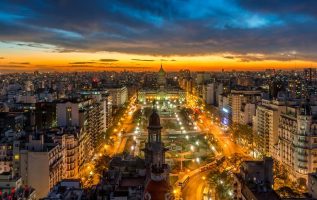 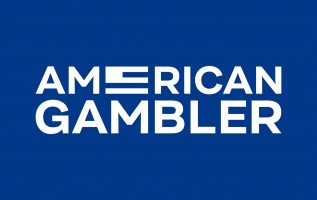